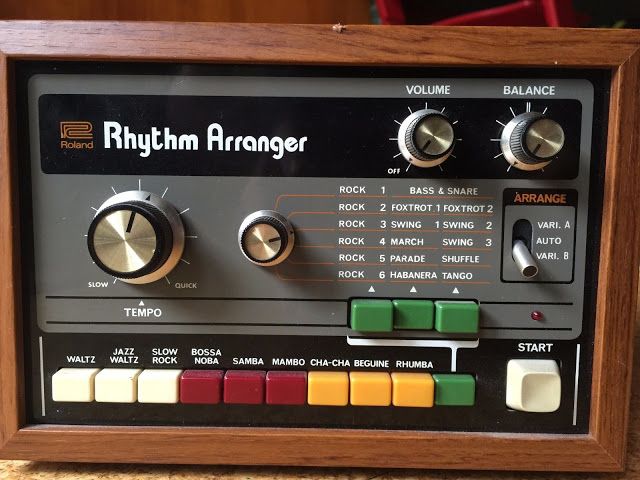 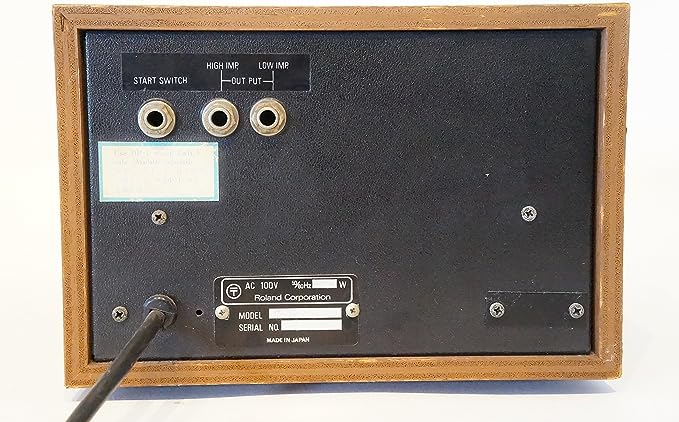 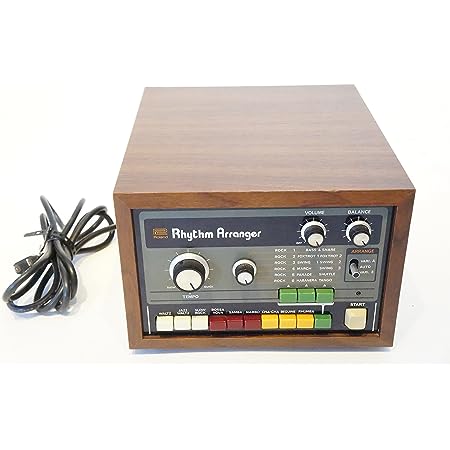 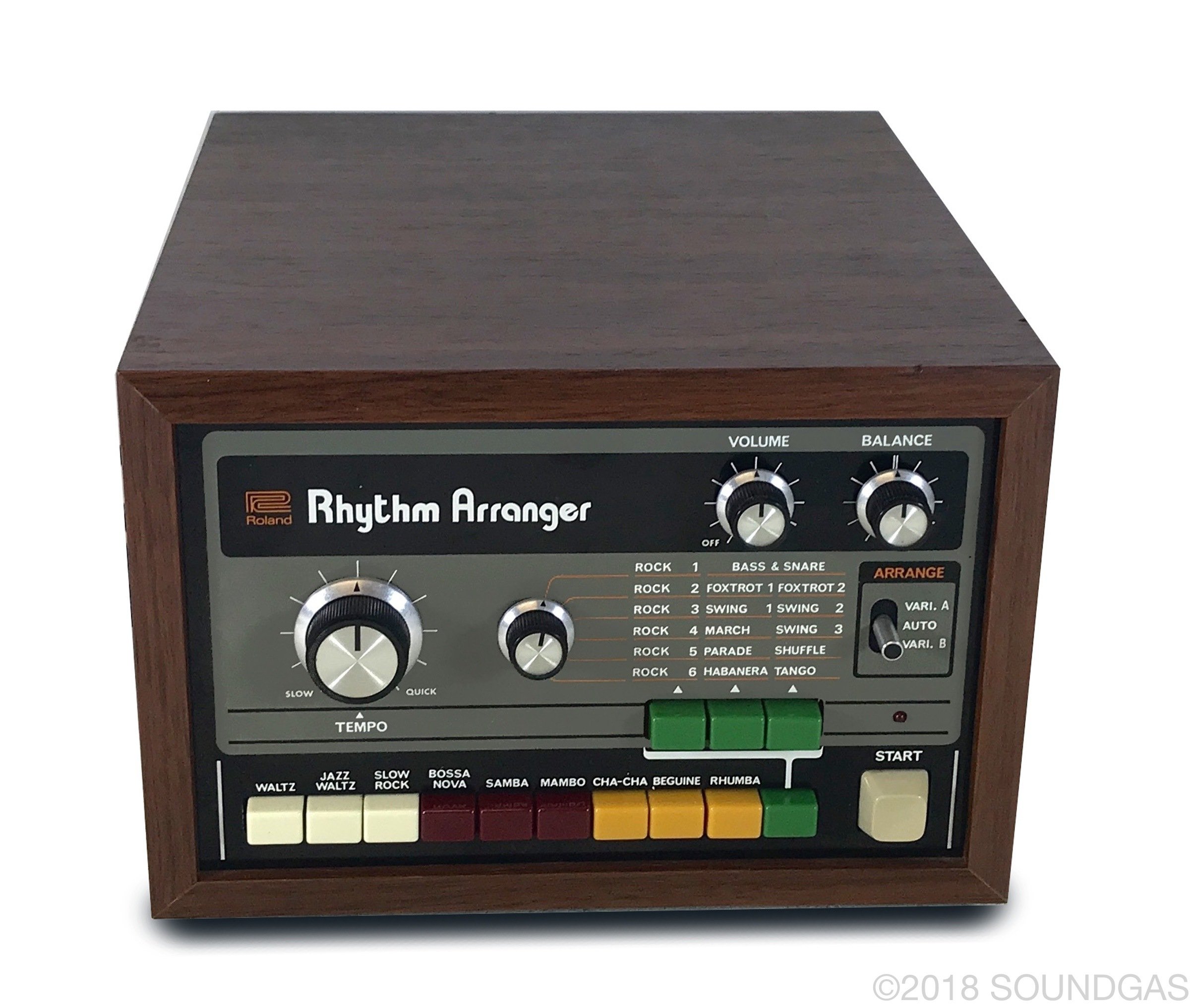 The TR-66, released in 1973, is one of the earliest models of drum machine to come from , and it was also the precursor to the more famous CR-line of CompuRhythm drum machines that would come out of five years later. The TR-66, however, is not truly a drum machine—it is a rhythm arranger, just like it says on the front! There are 18 initial drum patterns using kick, snare and hihat sounds arranged into several rock, swing, march and dance patterns. These patterns could then be combined with one (or more) of the 9 stylized rhythm patterns selected by the buttons along the bottom row of the TR-66. These included Waltz, Cha-Cha, Bossa Nova, Rhumba, etc. Two or more rhythm pattern buttons can be pressed simultaneously for more unique combinations. All 27 patterns also have an A/B/Auto variation mode. There are literally hundreds of possible rhythm arrangements! 。 。 。 Polyphony - 6 voice Sounds - Kick, Snare, Rim shot, Claves, HiHat, Cymbal, Conga, Low Bongo, High Bongo, Cowbell, Maracas 。 Controls - Tempo and balance Patterns - 27 Patterns: 18 Drum patterns and 9 Rhythm patterns 。 Keyboard - None Control - Start Switch Trigger Input 。 Weight - 8.8 pounds (4 Kg) Date Produced - 1973 。 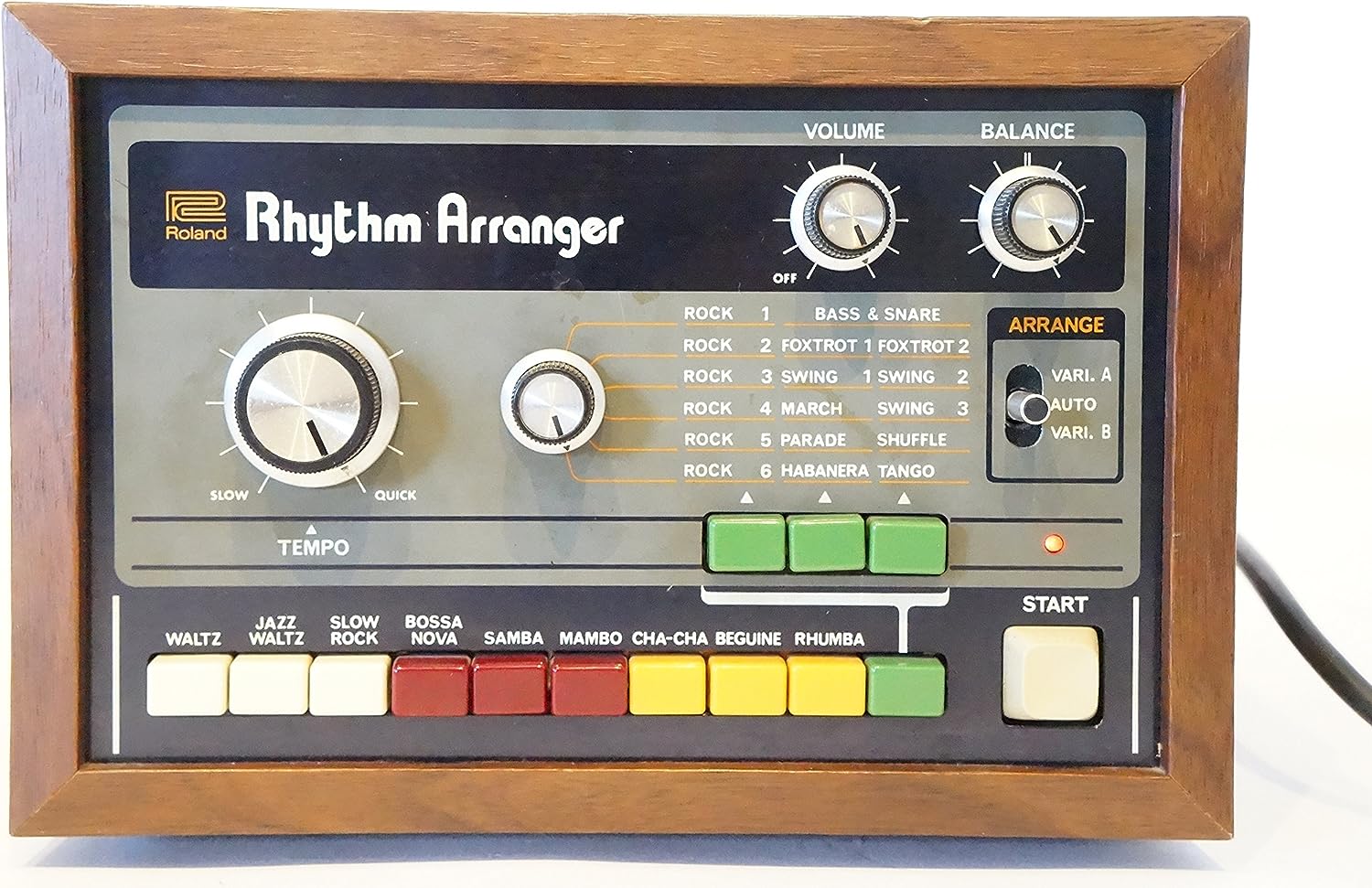 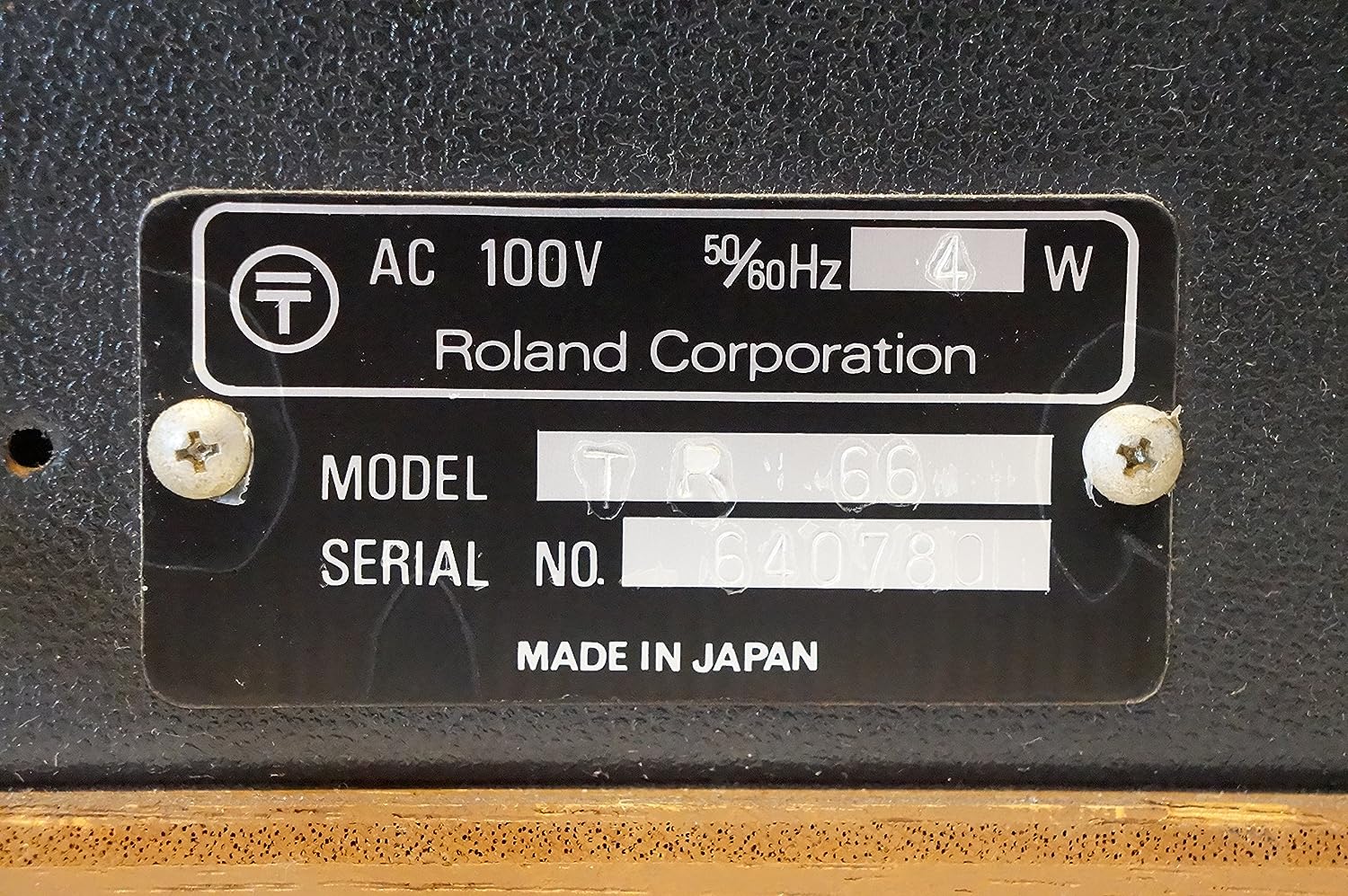 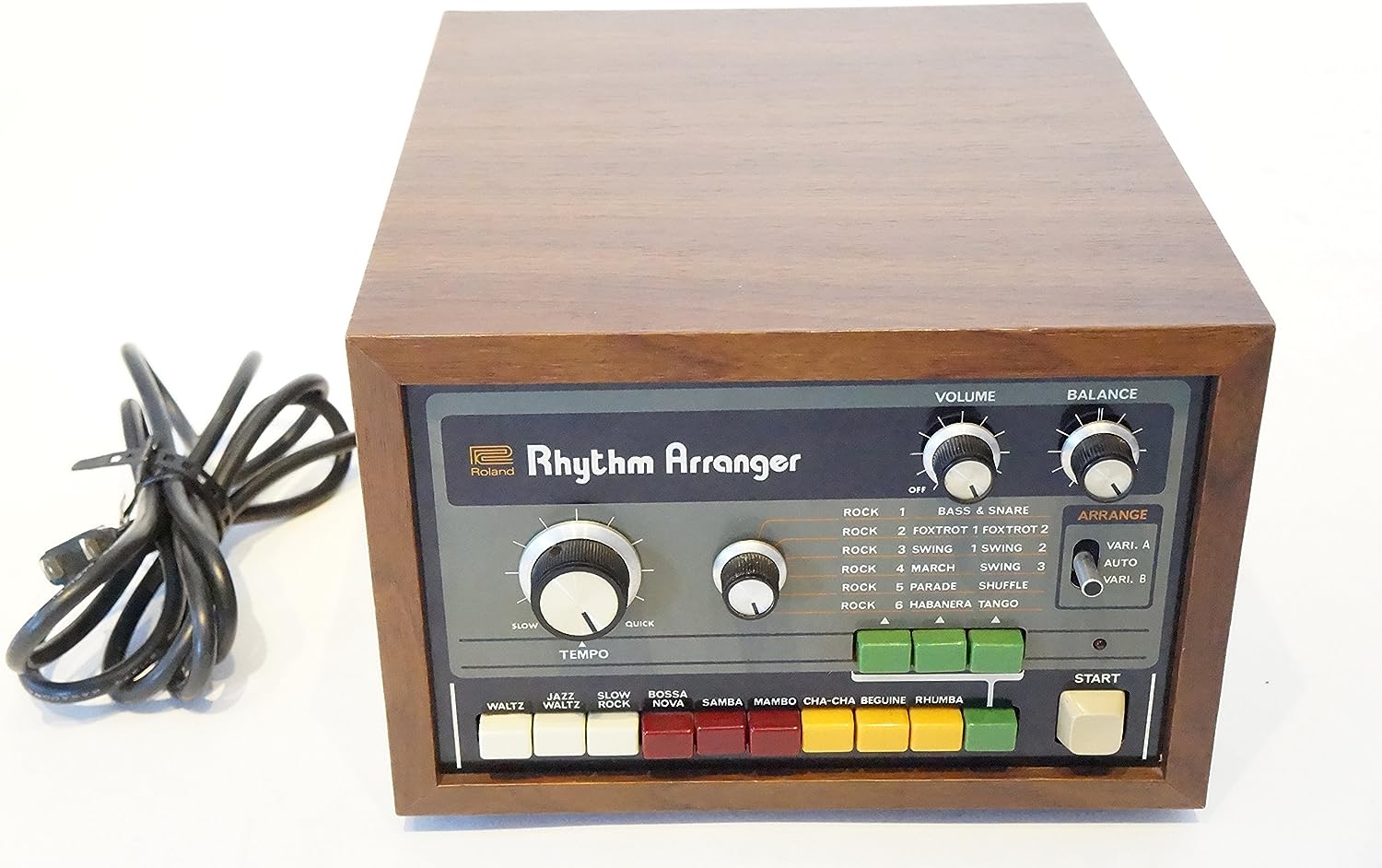